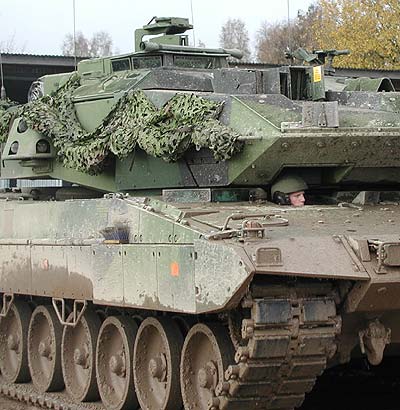 The Swedish Leopard 2, the Strv 122 in detail. The pictures were taken in 2000, when the tanks were almost brand new, before any of the later modifications had taken place.
The tanks depicted were stationed at P4, Skövde and belonged to Wartofta Kompani.

One of the founding fathers of Plastic Warfare, and the creator and administrator of this website.
View all posts by Erik Gustavsson →
This entry was posted in Swedish Steel, Walkarounds. Bookmark the permalink.

One Response to Stridsvagn 122 walkaround