Posted on September 1, 2008 by Erik Gustavsson 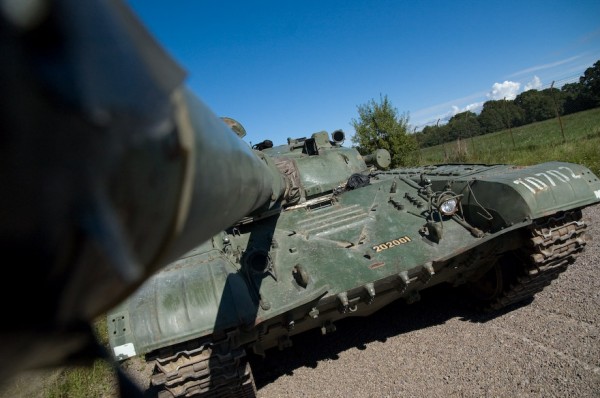 In the mid nineties the swedish army bought a lot of former east german armoured personel carriers, MTLB and BMP-1. The swedish army also bought some bridgelayers on T-55 chassis at the same time, saving them from being turned in to paper clips for atleast a few years more. Almost as a bonus a handful of former NVA T-72’s were included in the deal. One of the tanks, an T-72M1 is part of the collection displayed at Axvall (and later, in the new military vehicles museum Arsenalen). One of the tanks, a plain T-72, without the added armour on turret and glacis and without tucha smoke dischargers, is used by the Skaraborg Armoured Regiment, P4, as an OPFOR vehicle. The T-72 carries the name Wittmann. It was shown to the general public at a recent event at Axvall, where the pictures in the brief walkaround below was taken.

I have mainly focused on the varous markings and weathering details rather than capturing every detail of the vehicle. I trust there are other T-72 walkarounds out there for those craving nuts and bolts images. I hope the pictures can be of any help to anyone who wants to model a slightly odd individual in the T-72 universe.

One of the founding fathers of Plastic Warfare, and the creator and administrator of this website.
View all posts by Erik Gustavsson →
This entry was posted in Gallery, Walkarounds. Bookmark the permalink.