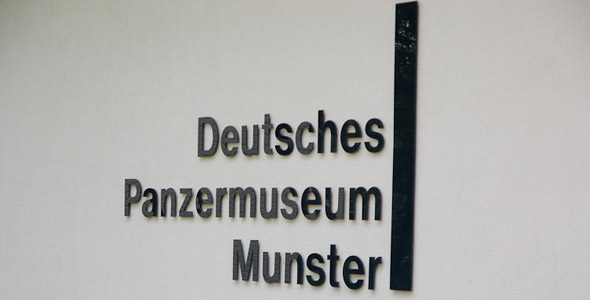 In may 2009 me and a pair of friends went to the armour museum at Munster. I have finally got the thumb out and uploaded a gallery of images from the visit. The two dorks wearing khaki t-shirts that are visible on some of the images are my pals.

Beware, the page contains 143 thumbnails, so it can take a little while to load.

The museum is very nice. As you can see they have a large collection of vehicles, with mainly a german angle, ofcourse. But since germany has given us so many interesting armoured vehicles that is hardly a drawback. The “king” of the collection is undoubtedly the Königstiger. They also have a Panther, wich actually has a swedish connection. It was bought as scrap after the war and used for tests in Sweden. It was later given back to Germany and Munster. Another Swedish/German tank displayed is the world war one tank LK II, which actually is a Swedish Strv m/21-29 that has been loaned/given to Munster. The only other Swedish contribution is a Stridsvagn 103 aka S-tank. For some reason I didn´t photograph it. Maybe I´ve seen them before?

As for interesting modern armour, they have a Merkava.. A MERKAVA.. You´ll find photographs of it below. Other interesting modern subjects are the MBT-70, the VT-2 with twin 120mm guns and a Flakpanzer Gepard. I have a soft spot for tanks with radar antennas and quick fireing autocanons.

One of the founding fathers of Plastic Warfare, and the creator and administrator of this website.
View all posts by Erik Gustavsson →
This entry was posted in Gallery. Bookmark the permalink.