Posted on January 3, 2011 by Erik Gustavsson 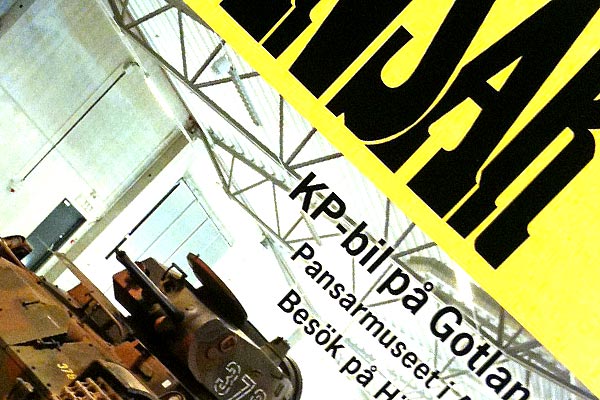 It came a bit late due to logistic difficulties. The final number of the SPHF magazine Pansar for 2010 came early 2011 instead, but better late than never.

So why am I mentioning this magazine here, and not before? Well, partly because I wanted something to write about, partly because I think the magazine and the publishing association needs and deserves the PR (if mentioning on this site counts for anything :-). As you might or might not know I am a member of SPHF, so everything I write about them/us is biased. But I will try to be as objective as I can be.

Anyway, the fouth “Pansar” (means “Armour” by the way) features an article about the SKPF vehicle and its service on the island of Gotland. The SKPF was the Scania based version of the “KP-car”. An armoured truck based on a lorry/truck chassis.

Also featured is an article about Hägglunds, the manufacturer of the famous Bv 206 and the almost as famous CV 90 family.

The second part of a  series about the now closed armour museum of Axvall tells us about the 70s and the 80s.

A short report from the plastic model competition C4, a page with photos of vehicles from NBG 11 and a small article about the status of the soon to be opened museum of Arsenalen rounds off the non-permanent article sections.

In the permanent sections we find, as usual, an assortment of book reviews (the Tankograd books about the CV90, among others) and some reviews and news from the world of plastic modelling.

In the next number we´re promised pictures from the armour museum of Munster (no, not my pictures, that can be found on this site), and from a display day at the armour school there.

If you think this magazine might be for you, don´t hesitate becoming a member. Although not displayed on their our website, I believe first time members get one year and four magazines for 100 SEK (for members in the nordic countries that is). 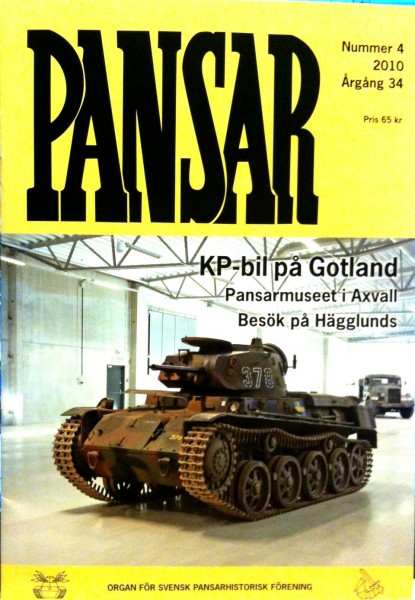 One of the founding fathers of Plastic Warfare, and the creator and administrator of this website.
View all posts by Erik Gustavsson →
This entry was posted in News. Bookmark the permalink.