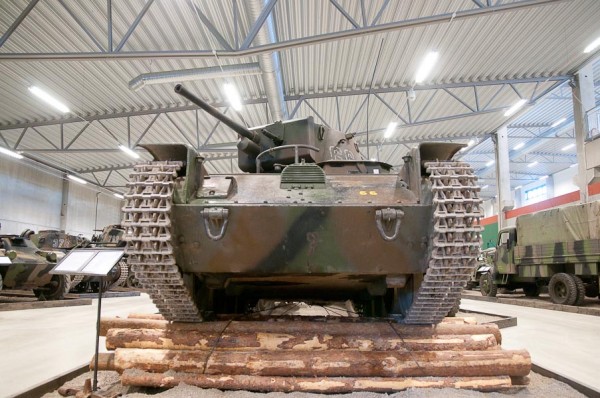 The 17th of june 2011 the new museum opened its doors for the public for the first time. We were there for the opening, and will cover the three days of opening activities in a separate report. We begin, however, with a walkaround of this brand new museum of military vehicles.

The new museum is located in a building built for the purpose, compared to the old museum, that was located in old, dark and cramped tank garages. The vehicles are parked so that they have more space than previously, and some of them are placed in small (or, given the scale, large) dioramas. Due to constrains in available space, far from all the vehicles that was displayed at Axvall is being shown. The most important vehicles in the collection is however displayed. 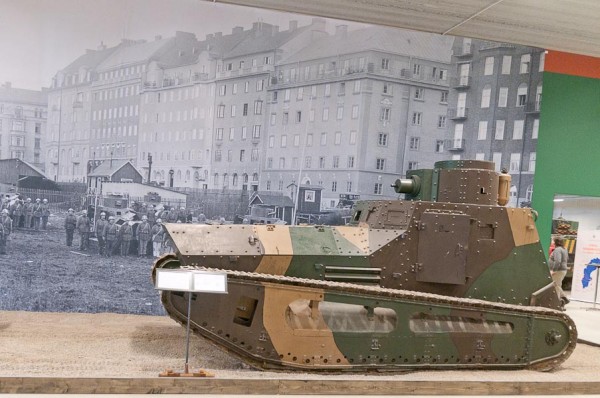 The first tank in the Swedish army, the Stridsvagn m/21, it the first tank you get to see when entering the museum. 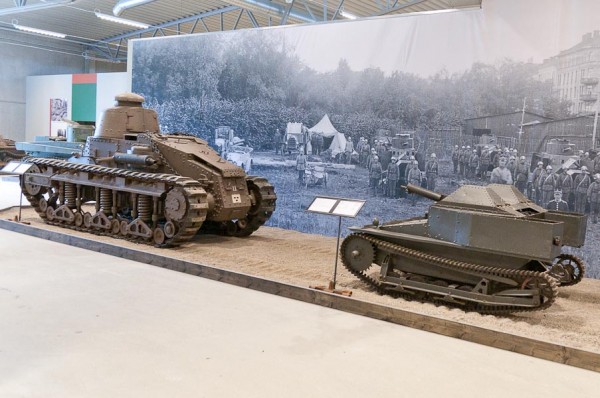 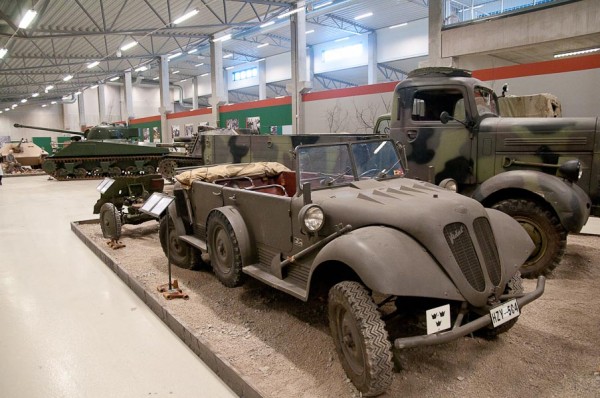 The pre-war era is followed by a world war 2 era display, first with Swedish vehicles. 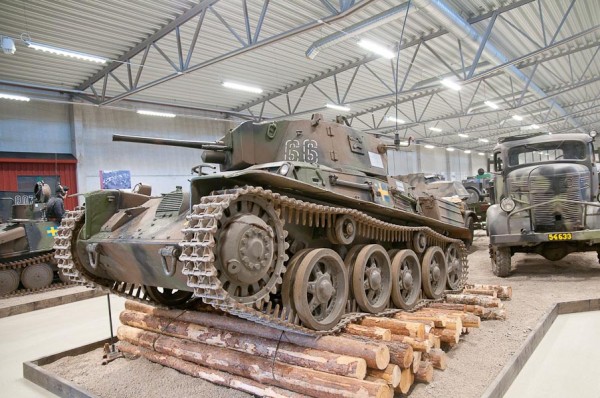 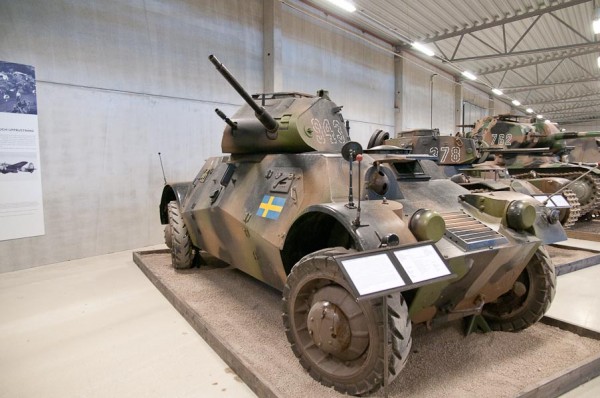 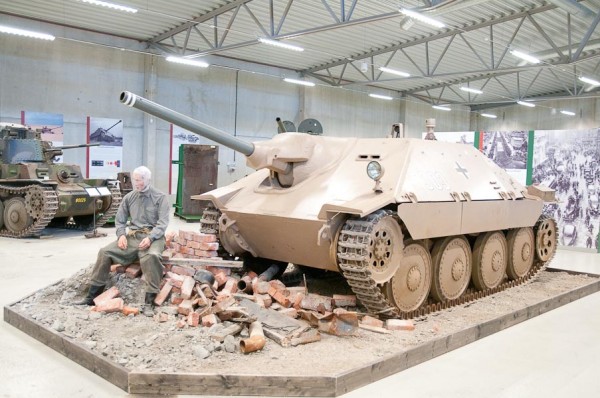 And also some foreign vehicles, used during the second world war. 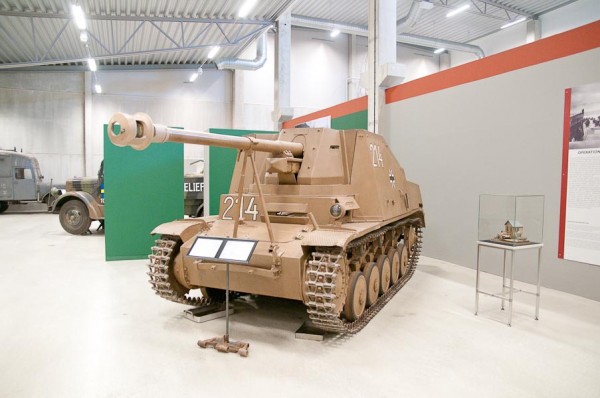 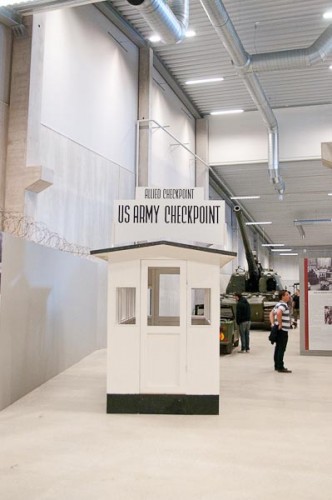 Then we enter the cold war. 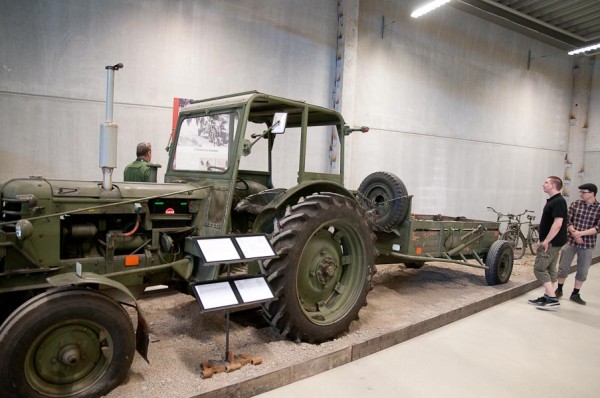 Infantry transport in Sweden during the cold war (used until the late 80-ies in fact). No, the infantry doesn’t ride in the tractor, neither on the trailer. They ride on the bikes seen behind the trailer, and hold on to a rope hanging from the tractor trailer. 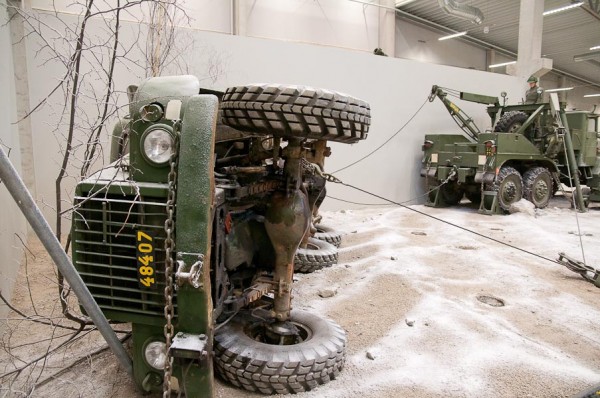 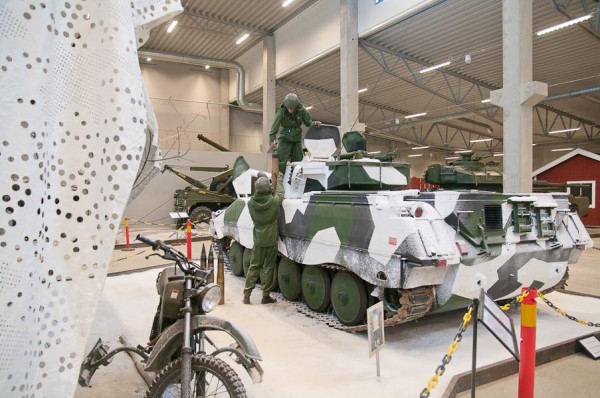 This winter scene with an Ikv 91 being refuelled and rearmed was very impressive. The snow-job did cost a fortune I was told. 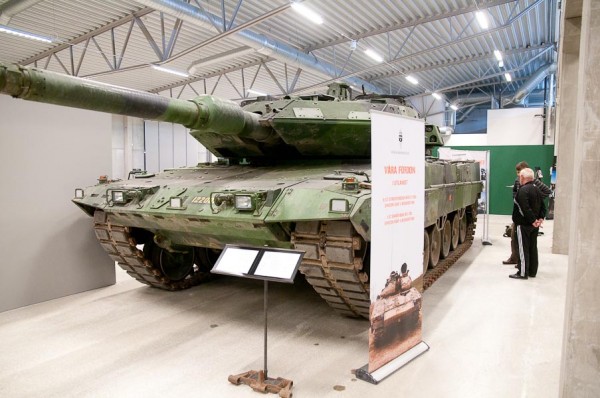 This is NOT a museum piece, but the army has graciously agreed to put one of their Strv 122s on storage at the museum for a while.

Well, this concludes the “guided” part of the walk around. There are more pics down below. Don´t forget to spend your money at the.. 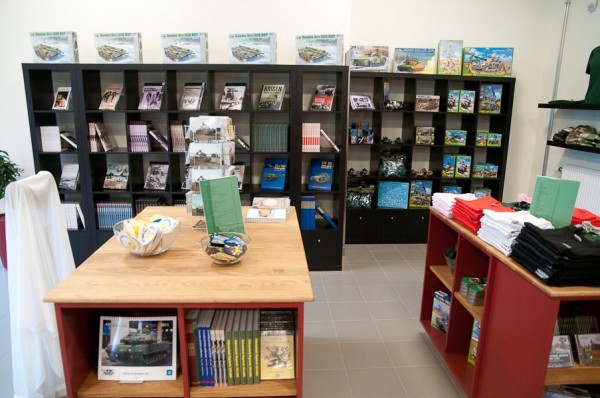 My view of the museum is that it is a splendid new beginning. There are some small issues that will be addressed. Some signs for the displayed items were not finished in time, some displays will be changed. There will probably be some more items added to the display, and there will be thematic displays that changes over time. I also hope that the museum will be able to grow in order to put some more objects on display.

However, if you´re interested in armour, and you´re in Sweden, I recommend a visit.

A report on the opening event can be found on this very site here.

Finally, you can read an article about the museum before it was finished here.

One of the founding fathers of Plastic Warfare, and the creator and administrator of this website.
View all posts by Erik Gustavsson →
This entry was posted in Gallery, Reviews, Swedish Steel, Walkarounds and tagged Armor, Armour, Arsenalen, museum. Bookmark the permalink.

2 Responses to Arsenalen – the new armour museum in Sweden