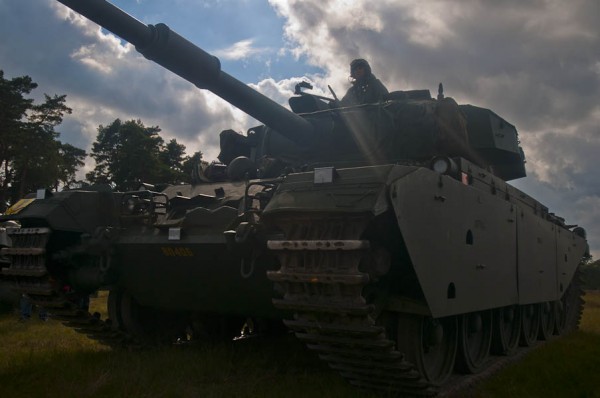 The south skåne regiment, P7, can trace it´s lineage back 200 years. This was celebrated on the 28th of august with a ceremony in which His Majesty the King Carl XIV Gustaf presented the regiment with a new regimental banner. 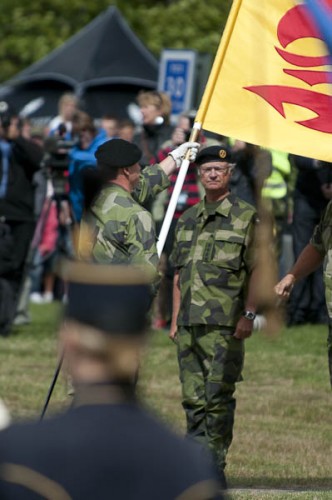 After the ceremony there was a display of vehicles used by the regiment during its history as an armoured regiment. Note that the horse and it´s driver is the same as visited möllerödsdagen. 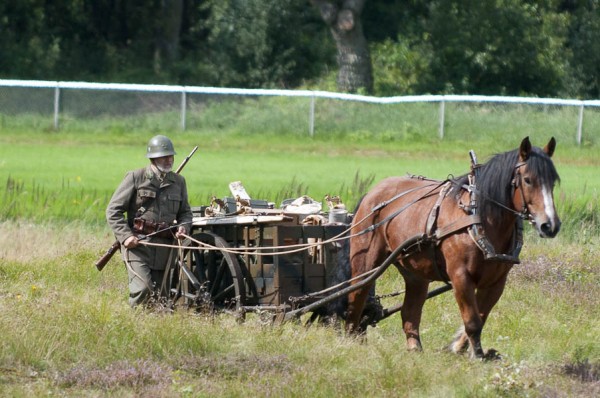 Army logistics, the old way. The trailer was in fact used until the mid sixties, adapted for tractor use. The horse is not ww2 original, but a 19 year old replica.

After the cavalcade of vehicles there was a combat demonstration, using a platoon of Stridsfordon 9040C and its infantry soldiers. The show was visited by a helicopter (Hkp 10, Aerospatiale Super Puma) from the Helicopter Wing at F17 Ronneby, and it demonstrated combat casevac. 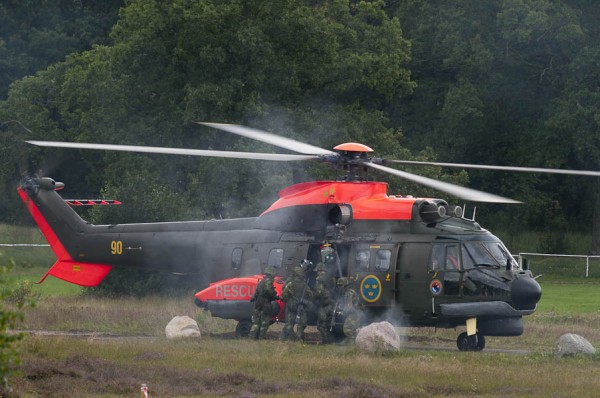 Hkp 10A from F17 at Ronneby pics up a "wounded" soldier, demonstrating casevac. The Swedish Armed Forces currently have three Hkp 10D's stationed in Afghanistan. The Hkp 10B is equipped with machine guns and missile defence systems. 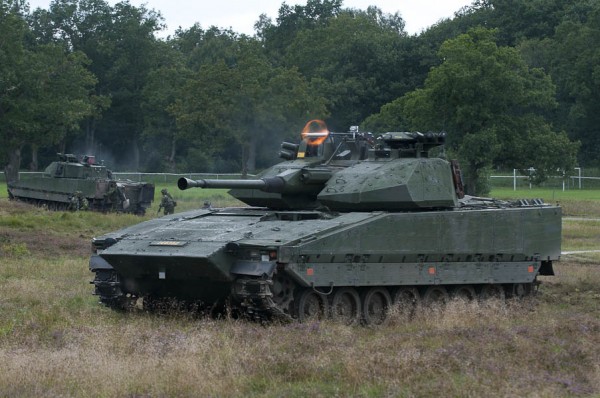 Stridsfordon (Combat Vehicle) 9040C is making use of the coaxial machine gun. On the 9040C the machine gun has been moved from its previous location in the turret, next to the commander, to the roof, between the turret hatches. It has also been swapped from a ksp m/39 (a machine gun similar to the classic Browning .30) to a ksp 58 (FN MAG). 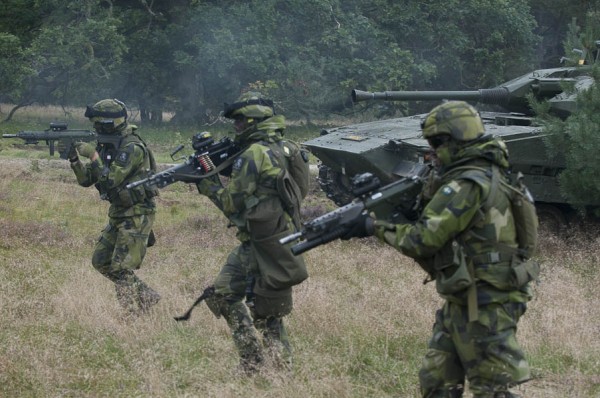 Dismounted soldiers. The weapons used are, from left to right: Ak 5C (a Swedish variant of the FN FNC), Ksp 90B and an Ak 5C with a 40mm grenade launcher. All three weapons seems to have the Aimpoint red dot sight developed specially for the Swedish Army, and a laser pointer on top of the red dot sight. 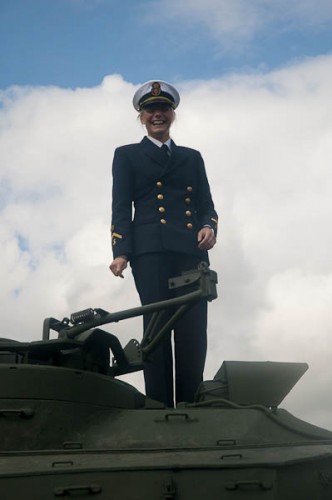 A sailor looks quite out of place on a "land ship" (Strv 102R Centurion). But I was really tempted to join the navy, they sure got some attractive...ships..

More images down below. I hope you will enjoy them. I know I did, taking them!

One of the founding fathers of Plastic Warfare, and the creator and administrator of this website.
View all posts by Erik Gustavsson →
This entry was posted in Events, News, Swedish Steel and tagged CV90, Hkp 10, P7, Patgb 203, Revinge, Strf 90, Strv 103. Bookmark the permalink.