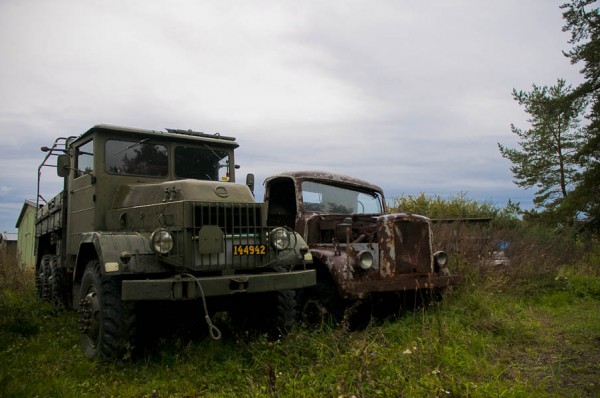 We were guided around the museum by the manager and SPHF member Stefan Karlsson. The exhibit had not changed much since my previous visit, but there had been one noteable addition: a Volvo HBT. HBT in this case stands for HalvBandTraktor (halftrack) (In Sweden HBT stands for something else as well, but that´s not within the scope for this website). 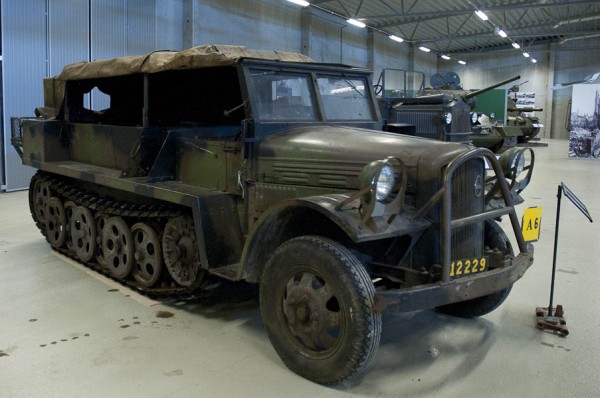 After touring the museum we transported ourselves a few kilometres, where the museum stores all the vehicles that can´t be exhibited. The garages are not open to the public, and they are packed with various armoured and soft skinned vehicles in various states, from running condition to real wrecks. 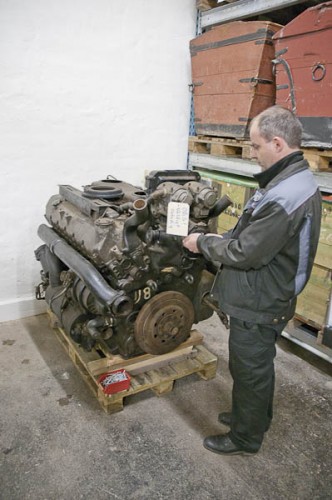 Stefan showed us the king tiger engine and gear box that was stolen from the old Armour Museum at Axvall a few years back. The engine/gearbox is the one of the very few (if only) complete and working setup in the whole world, and was loaned to a fellow who claimed he was going to take measurements in order to make new parts for another engine. When the museum got the engine/gearbox back, they were practically just two empty shells. All the gears and parts had been removed. The engine itself had been replaced by a broken engine with the serial filed off and replaced.
The police traced the parts to England where they were ceased. The museum got their parts back earlier this year.

The good engine. The cam shaft covers are mounted on the "bad" engine", and therefore missing in the picture above. 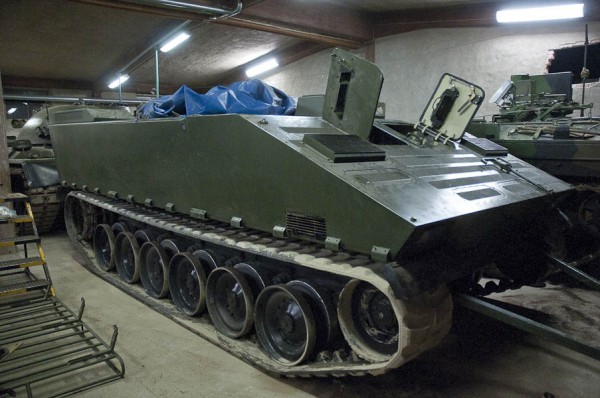 SEP T1 prototype, the first tracked prototype of the SEP project, that was cancelled when the Swedish army decided to go with the Finnish AMV instead. 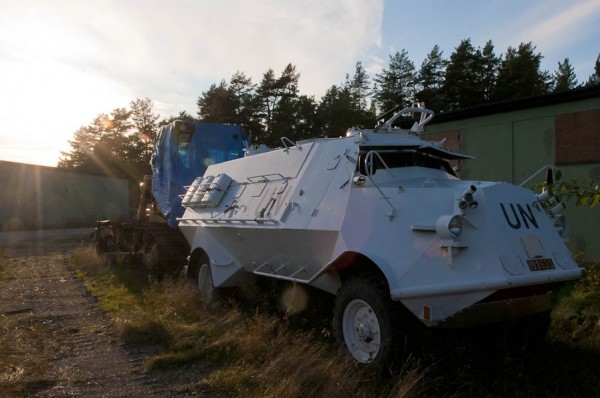 This vehicle never did UN service. The markings "lie". It was however used by the training establishment were swedish UN soldiers received training before going on a mission. Th KP-car was indeed used on many UN missions, but not this particular vehicle, nor this particular version. 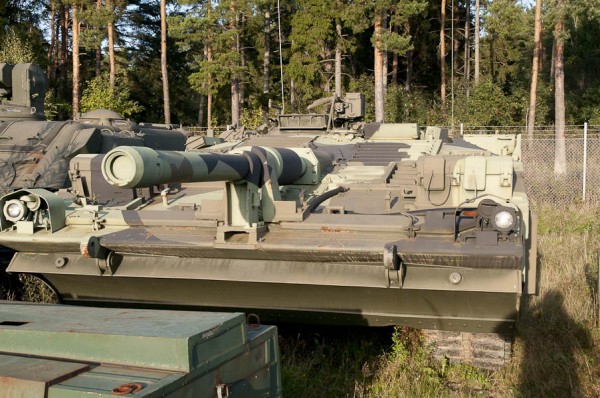 Do NOT use this vehicle as a reference on painting splinter camouflage, unless you want to build this particular vehicle (Stridvagn 103C). Not even heavily faded gate guards painted in the correct colours look like this. 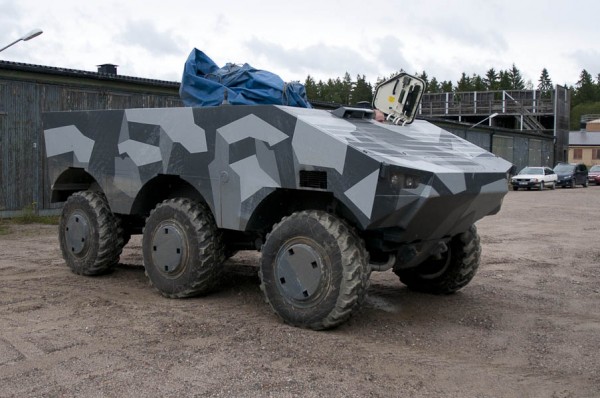 This is the SEP W1, the first wheeled prototype of the SEP. It steers using the first and last axles, and the the hydropneumatic suspension enables the ride height to be varied.

Below you will find more pictures. The stored collection of vehicles is really large, and I just documented a part of it. Also, the vehicles are really packed tight and not easy to photograph.

One of the founding fathers of Plastic Warfare, and the creator and administrator of this website.
View all posts by Erik Gustavsson →
This entry was posted in Events and tagged Arsenalen, Erik Gustavsson, SEP, SPHF, Volvo. Bookmark the permalink.