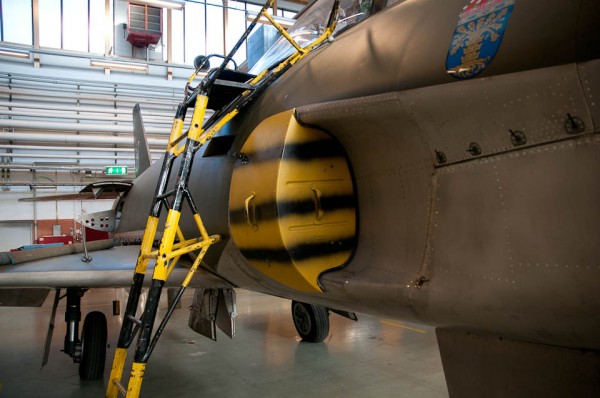 UPDATE: Added pics of the pylon used for the Rb 04 anti shipping missile. The Rb 04 from Maestro includes the pylons used on the Viggen, which is not the same as on the Lansen.

I have included some pictures of relevant accessories for the Lansen here. They are: the old, original crew ladder, the tow bar, the old intake covers (although the paint job used to be better), the tow bar and a dismounted belly tank.

One of the founding fathers of Plastic Warfare, and the creator and administrator of this website.
View all posts by Erik Gustavsson →
This entry was posted in Swedish Steel, Walkarounds and tagged A32, Aircraft, J32, Lansen, SAAB. Bookmark the permalink.

One Response to Lansen accessories