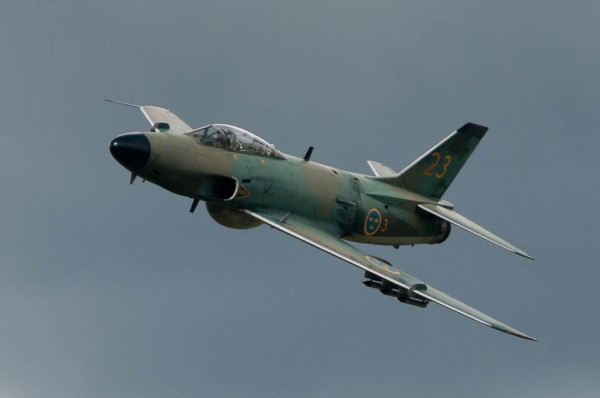 Celebrating the release of the Tarangus kit of the SAAB Lansen I have made a collection of articles that I hope will aid the modeller in his attempt to finishing the kit of this odd, and maybe internationally, not so famous aircraft. It´s odd because being a SAAB aircraft, there is nothing very remarkable with it. It has a perfectly conventional design, with swept wings, tail surfaces and a forward fuselage that looks pretty much like many of the contemporary American combat aircraft of the late 1940s and early 50s. The project begun in 1948 due to the urgent need of replacing the twin engined propeller bomber B-18 (another SAAB product) in the bomber and reconnaissance roles, and in 1952 the first prototype flew. 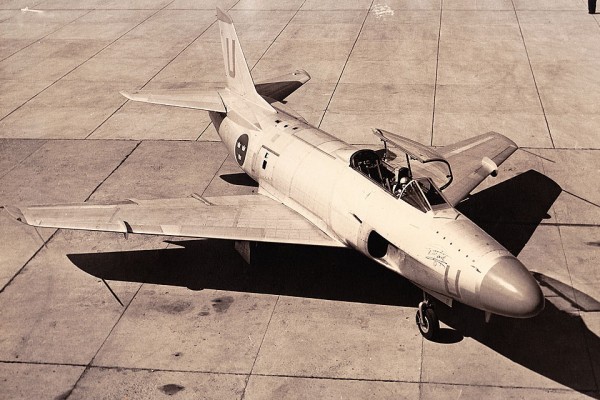 One of the Lansen prototypes, probably the first one, since HM the King of Sweden have signed its nose. It is however taken after the intake had been modified. (Photo from SAAB, via authors collection)

The Lansen was built in three different versions:
A32A, an all weather attack aircraft.
S32A, A photo reconnaissance version of the A32.
J32B, a night fighter, also called “Lansen Sport” due to the use of a more powerful version of the Rolls Royce Avon engine, called RM6A.

The J32B was later modified to be used as a target tug (J32D) and for use as an electronics warfare platform (J32E).

Articles about the Lansen on Plastic warfare:

Pictures of a dismounted belly tank, intake cover, ladder and of the tow bar

Here are some what I hope are, inspirational images of the SAAB 32 Lansen as well as two old SAAB photographs I found in my collection. They have belonged to my father, who probably got them from his parents, who both worked at SAAB.

One of the founding fathers of Plastic Warfare, and the creator and administrator of this website.
View all posts by Erik Gustavsson →
This entry was posted in News, Swedish Steel, Walkarounds and tagged 1/48, A32, Aircraft, J32, Lansen, Tarangus. Bookmark the permalink.